Alcohol is No. 1 most dangerous and most harmful element to mankind

A study on Drug harms in the UK: a multicriteria decision analysis 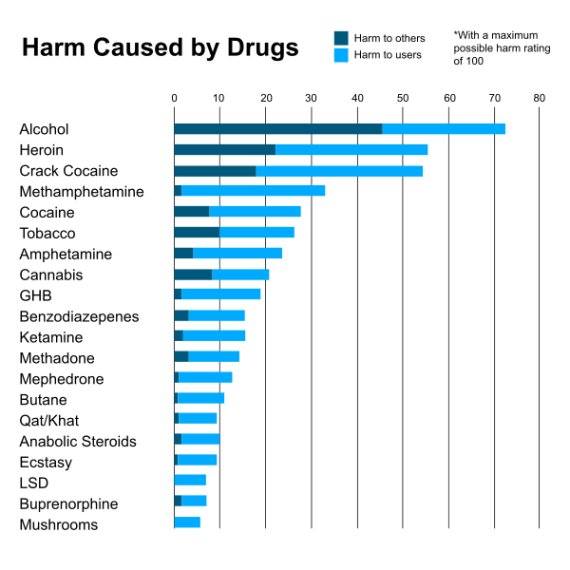 Proper assessment of the harms caused by the misuse of drugs can inform policy makers in health, policing, and social care. We aimed to apply multicriteria decision analysis (MCDA) modelling to a range of drug harms in the UK.

Members of the Independent Scientific Committee on Drugs, including two invited specialists, met in a 1-day interactive workshop to score 20 drugs on 16 criteria: nine related to the harms that a drug produces in the individual and seven to the harms to others. Drugs were scored out of 100 points, and the criteria were weighted to indicate their relative importance.

These findings lend support to previous work assessing drug harms, and show how the improved scoring and weighting approach of MCDA increases the differentiation between the most and least harmful drugs. However, the findings correlate poorly with present UK drug classification, which is not based simply on considerations of harm.